What Doctors Don’t Tell You About Cesarean Section (CS) Birthing

How Important is Probiotics?

So, I was surfing the internet after a heated argument on the importance of normal birthing over Cesarean section; it was indeed a table-shaking one as part of the debaters in favor of normal birthing mentioned a shocking disadvantage of birthing through CS; the good bacteria necessary for a good life is absent in the newly born delivered through CS. 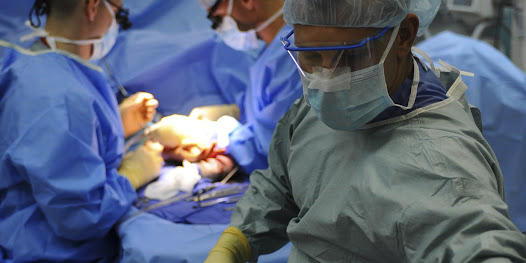 Shocking right? I was shocked, too, because I have had more encounters with CS than normal birthing. You see, I had to research more on this on the internet to know if this was true and also verify what these good bacteria does in the body system and was indeed mortified by my findings.

Let’s go through these together, and you would be the one to judge if my reaction is justified or not.

Are there Naturally-existing Bacteria in the Body?

According to my findings, the human body is full of live bacteria, sometimes bad and sometimes good; the good ones are justified as being good because they help in cleaning the human gut. When food is taken into the human system, it goes to the digestive tracts, where some organisms work on the food molecules, breaking it down into smaller particles to aid digestion.

Probiotics help keep the body healthy and active by decreasing the amount of bad yeast and bacteria in the human system that could cause infections or swelling. These good microorganisms are known to produce substances that hinder the growth of bad bacteria in the digestive tracts. They also replace the body’s good bacteria that may have been lost from antibiotics intakes and also restores the body’s good microorganism balance, which in turn keeps the body functioning properly as expected.

What You Must Know About Newborns and Probiotics

During a canal birth, a newborn picks these helpful bacteria from his or her mother; a baby delivered through Cesarean section, however, has been attested to not pick these microorganisms and hence known to have lots of allergies while growing.

The Real-life Fact of the Absence of Probiotics

Now, you can see why I was precisely worried. This lack of probiotics has been known to cause lots of bad health conditions such as diarrhea, candida, digestive disorders, immune deficiency, vitamin deficiency, allergies, eczema, asthma, dermatitis, and decreased health and vitality.
Probiotics, according to HealthLine, can be found in
Yogurt.
Kefir (Kefir is only a fermented probiotic milk drink)
Sauerkraut. …
Tempeh. …
Kimchi. …
Miso. …
Kombucha. …
Pickles.
Cheese
However, the quantities of probiotics in the foods we eat are not sufficient for the daily needed intake of probiotics in the body. The good news nevertheless is, probiotics can be acquired in their supplementation form.

So, if you are also in the league of mothers who gave birth through the Cesarean section, you have absolutely nothing to worry about. Nonetheless, you should note that before using this supplement or any supplement at all, you need to work jointly with your health care provider on the recommended dosage at every point in time.Enable GingerCannot connect to Ginger Check your internet connection
or reload the browserDisable in this text fieldEditEdit in GingerEdit in Ginger×