How Much Do You Know About Autism? 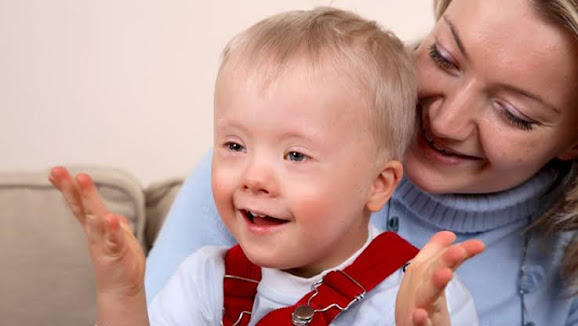 Also known as Autism Spectrum Disorder. It is a broad term used to describe conditions associated with Communication and Social Interaction. It is a condition that could last for a very long period of time and as such requires urgent medical attention, diagnosis and treatment. Autism is a disorder that disrupts the development of the nervous system. It is found in Individuals among all races, culture all around the world.

According to Centers for Disease Control and Prevention (CDC), there are more than 100 thousand cases per year in Nigeria with more occurrence in boys than in girls, a 4 to 1 male ratio respectively and is often stereotyped as boys’ disease.

Several factors may influence the development of this disorder which could arise from various Environmental and also Genetic factors. Autism as a spectrum disorder is characterized by distinct set of strengths and weaknesses. Some people with Autism Spectrum Disorder may require more support in their daily lives than others. Some can as well live or work Independently.

There are five different Autism Spectrum Disorders recognized by the DSM (Diagnostic and Statistical Manual of Mental Disorders) which was published by the American Psychiatric Association (APA) and is used by clinicians to diagnose a variety of Psychiatric disorder. One can be diagnosed with one or more ASDs.

The various sub-types or specifiers of ASDs could be:

·         with or without accompanying intellectual impairment

·         with or without accompanying language impairment

·         associated with a known medical or genetic condition or environmental factors

·         associated with another neuro-developmental mental or behavioral disorder.

Research shows that a person who received treatment or intervention early enough produced positive results later on for people diagnosed with Autism.

Signs and Symptoms of Autism

Symptoms of Autism become visible during early childhood between 12 and 24 months of age. However, it is also important to note that symptoms could appear earlier or later. Early intervention may include a marked delay in language or social development.

Symptoms of Autism are categorized majorly into two;

·         Problems with Communication and Social Interaction

Minor Categories of Autism include:

Behavioral Changes: This includes finding it hard to interact with people, Inflicting harm on one’s self, consistent repetitive patterns such as words, actions or movements.

Psychological changes: Not knowing what goes on in his/her environment, being anxious, Insensitivity to others emotions such as emotions of people around him or her, Depression.

Cognitive changes: Finding it hard to pay attention, being interested in a lot of things.

Other symptoms of Autism include: Being anxious, highly sensitive to sound, change in voice.

Children diagnosed with Autism may not reach the same developmental levels as their peers or may exhibit loss of language or social skills previously developed. They may also engage in repetitive behaviors such as difficulty in sleeping etc. They find it difficult surviving without a structured environment or routine.

What are the Causes of Autism?

The exact cause of ASD is unknown. Research has it that there’s no single cause.

Some of the risk factors for Autism include:

However, multiple sources have it that Autism is not caused by vaccines.

How can Autism be treated?

There are no cures for ASDs. The most effective treatments involve early and intensive (under close monitoring and supervision) behavioral Interventions. The earlier a child receives Intervention, the better the quality of life of that child.

Many treatment approaches involve therapies such as:

Some people with Autism may respond well to the treatment and others may not. Another thing to look out for or focus on is diet. Diets for people on this spectrum should include Fish, Lean meat, Fresh Fruits, Vegetables and Water.

·         Chelation therapy involves flushing metals away from the body

Autism Awareness and its Importance

In conclusion, understanding Autism and the people affected with this disorder starts with awareness and goes a long way further ahead of that.

19 thoughts on “How Much Do You Know About Autism?”