As the name suggests, a bee sting is an action performed by the bee to protect themselves from oncoming danger. The bee sting comes with bee venom, which is an active ingredient gotten from bees. Surprisingly, bee venom is used as a natural treatment for a good number of ailments. 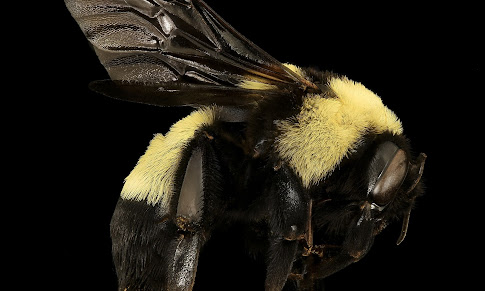 Its promoters also claim that it provides a vast range of medicinal properties, ranging from treating chronic illnesses to reducing inflammation. Nonetheless, studies carried out in some of these areas are either conflicting or lacking.

Bee venom is an acidic liquid without color. Bees expel it through their stingers into a target when they feel vulnerable or threatened.

This venom, unlike some other poisonous venom, contains both inflammatory and anti-inflammatory compounds, including minerals, amino acids, sugars, and enzymes.

Melittin is a compound found to make up over fifty percent of the dry weight of the venom. This compound has up to twenty-eight amino acids. Melittin has been shown overtime in some studies to have anticancer, antibacterial, and antiviral effects.

With that said, it is also interesting to note that Melittin is primarily responsible for the excruciating pain experienced during a bee sting.

Remarkably, bee venom also has the peptides adolapin and apamin. Even though these peptides act as toxins, they have been said to possess pain-relieving and anti-inflammatory properties.

In addition, bee venom also contains phospholipase A2, an enzyme and major allergen that acts as the basis for cell damage and inflammation. However, according to some extensive studies, the Phospholipase A2 enzyme may also have immunoprotective and anti-inflammatory effects.

As it is very clear, the substances in bee venom have been said to be linked with both negative and positive health benefits and effects.

Decisively, while the research confirms that some compounds in the venom may have valuable properties, the secluded effects of each component are unknown, as many components have not been adequately studied.

How is Bee Venom Used?

Apitherapy is an unconventional medicine practice that uses bee products like bee venom to treat and prevent pain, illnesses, and many more.

Even though bee venom has, in recent times, experienced an upwelling in popularity, it may interest you to note that bee-venom therapy has been used in traditional medicine practices for thousands of years past.

The venom is used in a great number of ways and also readily available in many forms. For instance, bee venom is added to products like supplements, serums, extracts, and moisturizers.

You can buy bee-venom products, such as lotions, lozenges, and moisturizers, in specialty stores or online.

In the meantime, bee-venom injections can be given by healthcare professionals.

Finally, bee venom is used in bee-sting therapy or live bee acupuncture — a treatment method in which live bees are placed on your skin, and a sting is encouraged.

While not all of the alleged health benefits of bee venom are supported by science, studies have shown that it has so many potent medicinal properties.

One of the most well-documented profits of bee venom is its great anti-inflammatory effects. Many of bee venom’s components have been exposed to reduce inflammation, particularly Melittin, which we have established is the main component.

Although Melittin can cause excruciating pain, inflammation, and itching when delivered in high doses, yet it has powerful anti-inflammatory effects when used in minimal amounts.

Melittin has been presented to subdue inflammatory pathways and diminish inflammatory markers, such as interleukin 1 beta (IL-1β) and tumor necrosis factor-alpha (TNF-α).

The anti-inflammatory properties of bee venom have been shown to particularly benefit those with rheumatoid arthritis (RA), a painful inflammatory disorder that affects your joints.

In fact, an 8-week study carried out on about a hundred and twenty persons with RA found that bee-venom acupuncture, which made use of about 5–15 bee stings every other day, delivered symptom relief effects that were analogous to those of traditional RA medications like Celecoxib and Methotrexate.

Several skincare companies have begun adding bee venom to products like moisturizers and serums. This ingredient is said to have the potential of promoting skin health in so many ways, including by reducing wrinkles, providing antibacterial effects, and reducing inflammation.

Another 6-week study established that seventy-seven percent of participants with mild to moderate acne who made use of serum containing purified bee venom two times daily experienced an improvement in acne, compared with the placebo.